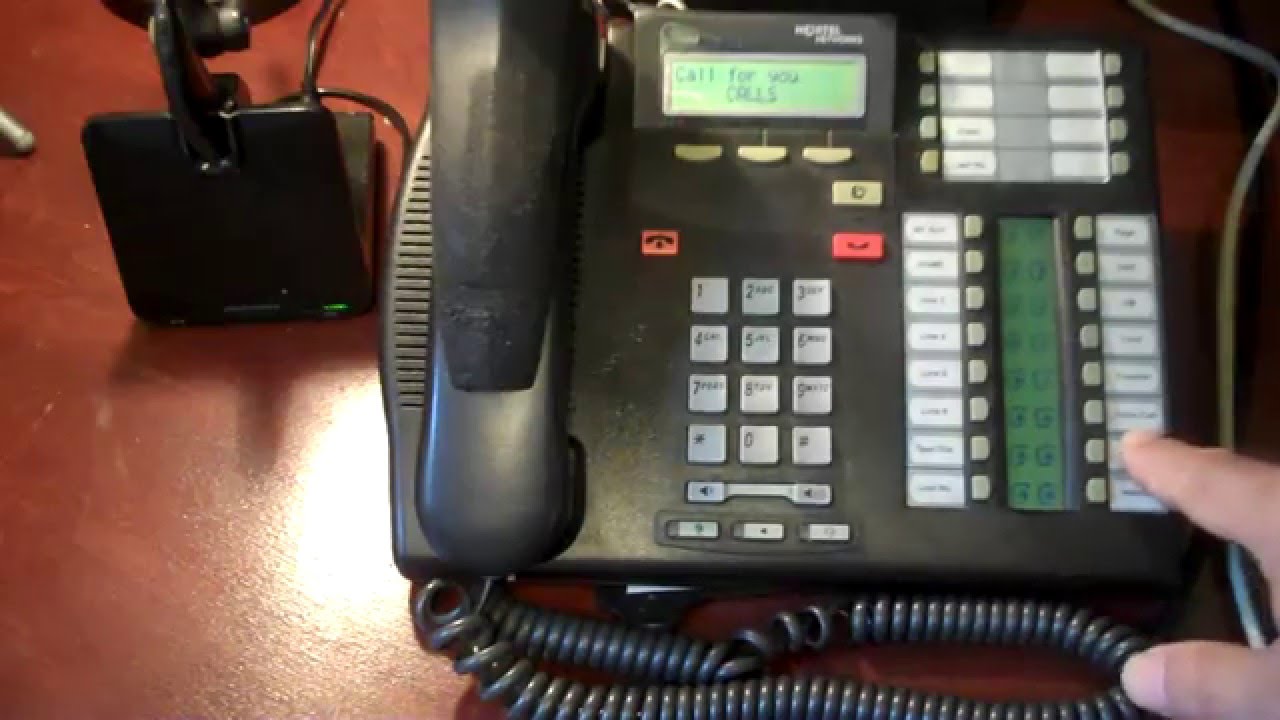 The Nortel Network Phone System or Norstar Phone was created to be one of the most robust office communication systems ever invented. These amazing systems were designed to last and hold up as they have for nearly three decades. Given the average computer only last a 7 to 8-year span it is impressive that many Nortel Phone System has lasted for this long! These telephone systems were at the cutting edge some twenty years ago. Using some of the first flash memory in the Nortel Call Pilot. Going back to the Nortel 616 these systems were compact and yet very powerful for their day as just a few years prior the same abilities would taken up from more space.

Nortel Support If you need Nortel Support you can call 1 (888) 383-6286
The Nortel dealer Network had talented true telephone technicians who understood the programming of the Nortel and how to make changes to a Nortel Phone System. Nortel Networks Corporation, formerly Northern Telecom Limited believed in developing systems that were highly reliable and with long life spans. They did not however design these systems for onsite repair as much as many technicians would have liked.

Nortel Networks
The biggest challenges of the Nortel Networks Phone System are not just the parts but the aging of the technicians who perform the service you need on the system. Sadly, Nortel Networks departed the industry in 2009 and sold its components to Avaya who no longer offers support for the system. However, We do still provide support on these systems and others. But, one obstacle that is difficult to overcome is the age of the skilled telecom technicians who are retiring which leaves us with few technicians every month. Many of the remaining are not as skilled as they were simply helpers to the Nortel Technicians. They may have learned a great deal but still do not posses the sheer depth of knowledge of Meridian, Norstar, Nortel Engineer who could perform service with their eyes virtually closed.
About Norstar Networks
The Norstar Phone System or Nortel Networks was one of the premier office phone systems for its day. These outstanding multi-line telephone systems that had for example “Line 1”, “Line 2” that you could place one call on hold and then grab the next incoming call was one of the first truly reliable and robust PBX Phone Systems for small to medium size businesses that worked exceptionally well.

Then as it developed from Meridian phones or Norstar Phones into a system using a the powerful Nortel Call Pilot and extremely powerful Nortel Voicemail that gave incredibly advanced features like auto attendants that allowed callers to choose who they wanted to reach or to be able to select the prescription line if at a doctors office.

Nortel Troubleshooting We have to accept that there are many things that can go wrong with a complicated Nortel Phone System, and if you have already explored the Nortel manual or the Nortel Website then its time for a Nortel Dealer to dispatch an onsite tech. This telephone system is the fact it’s aging, and you will need more Nortel Phone Troubleshooting than you did when you first acquired this office phone system.

When you try to figure out why your Nortel Voicemail does not work or that your Meridian Phone says Feature unavailable then you begin to realize you need a Nortel Technician to support your office. Companies like A.B.S and TelcomPBX have been providing Nortel Support for over 30 years and now offer you that support for your system.
Nortel Support If you need Nortel Support you can call 1 (888) 383-6286
To learn more about the Nortel Networks phone System contact us today.

How to Find the Best Shower Door Store